Custom PC builder Puget Systems has shared a handful of charts that reveal the most error-prone PC hardware that the company had worked with over the past year.

According to Puget Systems’ experiences, the CPUs that were most likely to fail were Intel’s 11th Gen Core “Rocket Lake” processors, which ended up with a 5.28 percent shop failure rate and 1.32 percent field failure rate. Intel’s 10th Gen Core chips only saw failure rates of .19 and .29 percent in comparison. 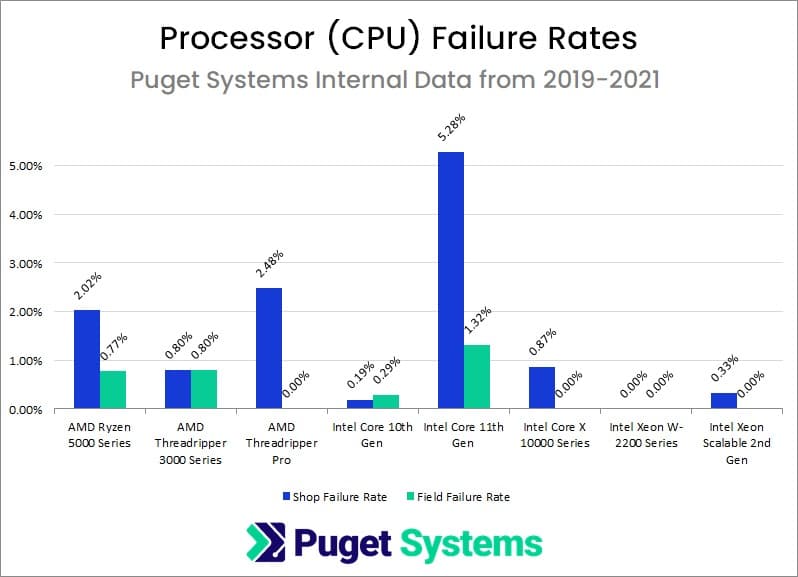 In the video card category, NVIDIA led the pack with its Quadro RTX Series, which saw a 6.78 percent shop failure rate. This is quite a bit...
Click to expand...