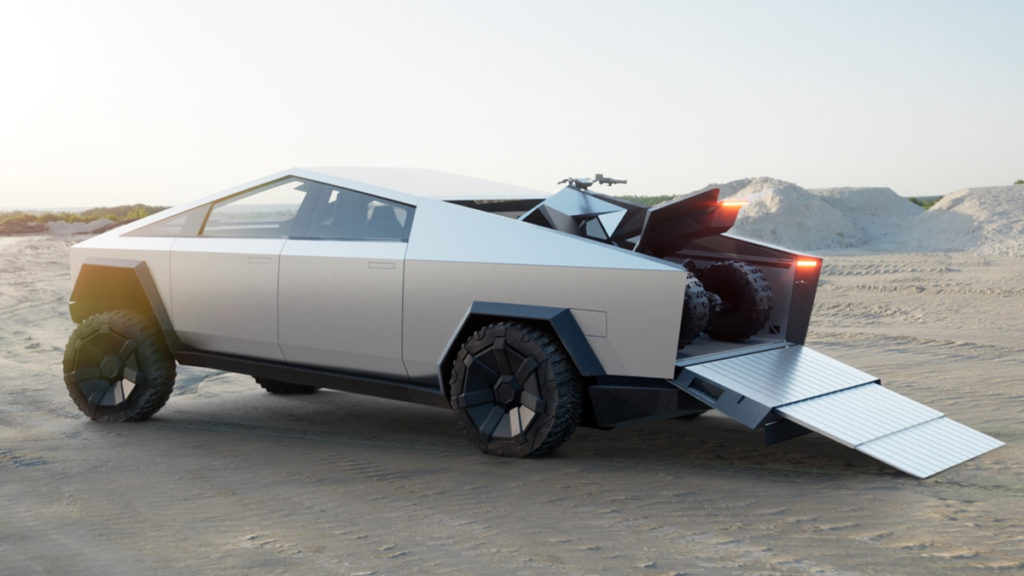 Tesla has delayed the initial production of its heavily hyped Cybertruck to early next year, according to sources with Reuters.

The news may not come as a surprise, as it was just last week that reports of Tesla removing the Cybertruck’s previous production date of 2022 began coming out, but Reuters has clarified that the delay has less to do with component shortages and more to do with improvements. Tesla requires the additional time to change features so the Cybertruck is more attractive amid upcoming competition, Reuters’ source claims.

“Ford said early this month it will nearly double annual production capacity for its red-hot F-150 Lightning electric pickup to 150,000 vehicles ahead of its arrival this spring at U.S. dealers,” the publication noted, adding that the manufacturer’s market value breached $100 million while shares for Tesla and Rivian, another...
Click to expand...

Every time I see pictures of this truck, I think this vehicle puts the "F" back in "ugly". It looks like it was designed by a kindergardener who just learned their shapes. The mechanicals don't fare much better. In the image above, the suspension appears to be sub-par since the load from the four-wheeler in the back is close to bottoming out (if not already there) while lifting the body away from the front axle. More hype than substance?

This isn't a real vehicle that will come to production. It's just a publicly model. We will never see this truck on a showroom floor for a customer to buy.

Will Tesla make an electric only truck? Yes. Will it look like this? Nope.

I don’t care about the truck, I’d like the full sized quad tho

Idk, I hope it comes to production.
The line about improvement, reads like complete bs, if you haven't nailed down design, and aren't already working in production lines 2023 doesn't sound realistic at all.
I like the ugly, I like the stainless. I wonder if design issues ARE production issues meaning they designed it in a way that can't be realistically produced, and are now changing things to stamping steel, vs what it was supposed to be, straight line bent hard stainless , origami style. That would suck. They arent improving, they would be downgrading, and can't meet their own design if so.
The suspension is supposed to adjustable air btw... I don't think you can get away with crap suspension on an electric car with a huge battery.

I don't really care for the look, but I still hope it does come to market - even if it's just small run of a few thousand or so.

Just because I don't like it doesn't mean I don't recognize that it's pushing some boundaries - it would be nice to see more cars and trucks do something different. They aren't all great, but every other car looks like a unibody SUV or pickup truck -- it's hard to tell the make and model from the silhouette any more.