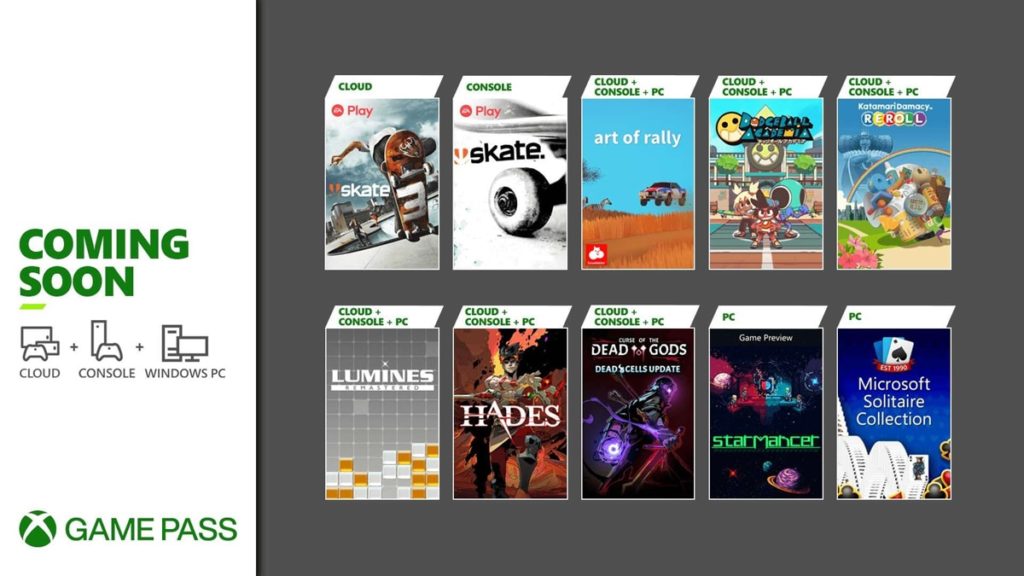 Microsoft has shared a list of games that will be added to its popular Xbox Game Pass subscription service very soon. They include Hades (Cloud, Console, and PC, August 13), Supergiant Games’ rogue-like dungeon crawler with anime-inspired visuals, as well as two of EA’s popular skateboarding games: Skate (Console, August 5) and its threequel, Skate 3 (Cloud, August 5). Xbox Game Pass subscribers will also be enjoy Curse of the Dead Gods, Katamari Damacy Reroll, Lumines Remastered, and Microsoft Solitaire Collection, among others. Some notable titles such as Rockstar Games’ Grand Theft Auto V are leaving the service within the next two weeks, however.

Curse of the Dead Gods (Cloud, Console, and PC) – August 5

You seek untold riches, eternal life, divine powers – it leads to an accursed temple, a seemingly...
Click to expand...