Micheal Keaton in Talks to Return as Batman 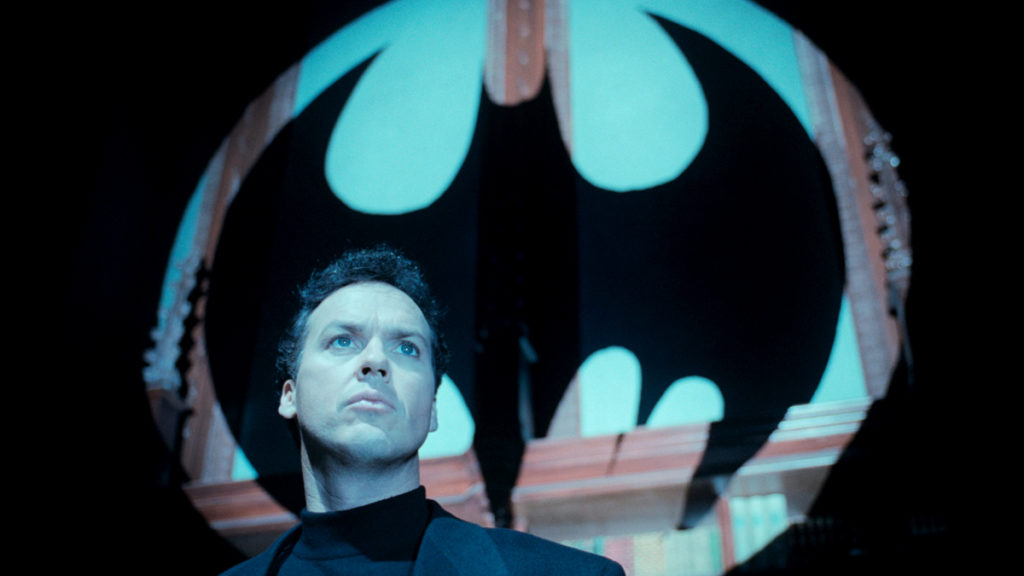 Deadline has confirmed that veteran actor Michael Keaton is in talks to return as the Dark Knight. That’s incredible news for caped crusader fans who grew up in the eighties and nineties, many of whom still consider Keaton to be the definitive silver-screen Batman.

What’s interesting is that this wouldn’t be a one-off, cameo appearance, but something that would stretch across multiple DCEU films, akin to Samuel L. Jackson’s role as Nick Fury in the Marvel Cinematic Universe. Keaton would essentially be the actor who binds the upcoming narrative together.

“Keaton would play Batman in a Nick Fury-like role starting with Warner Bros. The Flash starring Ezra Miller, and could continue to play the Dark Knight in other upcoming DC...
Click to expand...

Sorta jarring to go from Ben Affleck to Michael Keaton if these Batmen are from the same universe (which I'm assuming is the case with the same Flash being present.)

I'd totally be on board for a 80's influenced take on the Keaton Batman in a Dark Knight Returns-style film. Retcon the hell out of 'Batman Forever' and 'Batman and Robin'. I'm still waiting to know what happened to Catwoman at the end of Batman Returns.

I always liked Keaton as Batman.

First time I watched Keaton's Batman was in a Walmart with no sound in my early 20's.. Reading about him I thought .. "Wait ..wuh?! Michael Keaton as The Batman? Is this a joke?" ..then seeing it .. totally changed my perspective.

Well in the comics DC already has a means to do pretty much whatever they want with alternate versions, timelines, etc. All the different Crisis, elseworlds, and you name it, leave the door wide open for anything. Early on someone from Warner or DC stated they were not going to try to have a shared universe like Marvel as well. This means pulling Keaton back is an easy thing to do.

I admit that back in the eighties I was skeptical, like many, when I heard he was cast. That all changed after the 1st time I saw it. I was totally bummed he left after the 2nd one. I spent years defending his portrayal after everybody and their dog donned the cape. He's had time to stretch his acting legs over the decades since so I'm sure if the circumstances are right he'd probably enjoy coming back to it. He was a pretty awesome Vulture as well. Very different from the original character in the comics but IMO he was better.

I'm hoping they will still be able to use Danny Elfman's theme for Keaton's Batman. I'd argue that Elfman's Batman theme was even more iconic than Keaton in the role.

SeymourGore said:
I'm hoping they will still be able to use Danny Elfman's theme for Keaton's Batman. I'd argue that Elfman's Batman theme was even more iconic than Keaton in the role.
Click to expand...

Not many caught it but they did re-use it a bit in Batman v Superman.

I think we're going to be seeing some time traveling storylines.

Eh at this point it's basically a random spin of the wheel on who is Batman on which day of the week.... like a chore wheel.

DC really needs to find a new champion, Batman has had several great runs, but is getting a bit tired. I was dreading the Ben Affleck Batman, but after seeing how he did it - as an older and tired hero, looking to either hang it up or to pass the mantle. And I thought it was done much better than I was expecting and matches about what I think of Batman at this stage. Seems every decade he gets reinvented.

There have been rumors about a Batman Beyond type movie for years. They could do that here with Keaton playing a retired version of the character. Batman is older than most super heroes. If handled correctly, this could really work. Not only that, but they can de-age him for flashbacks, etc. That said, I think Afflecks version is actually better which surprised the hell out of me. On screen, he looked and behaved the most like the comic book incarnations of the character.

What happened to the Pattinson film, is that still going forward? It would seem bizarre to have 2 different Batmans going at the same time.

Nanobot said:
What happened to the Pattinson film, is that still going forward? It would seem bizarre to have 2 different Batmans going at the same time.
Click to expand...

Still moving forward. I was really not into it at first but over the last six months I've seen some nice photos from production in England are making think it won't be a total waste. It's got a chance. I saw a casting update of at BFR about two weeks ago that looked interesting as well.

I don't think DC really cares anymore about multiple versions of a character out at the same time. It's pretty much throw it at the wall and see what sticks.