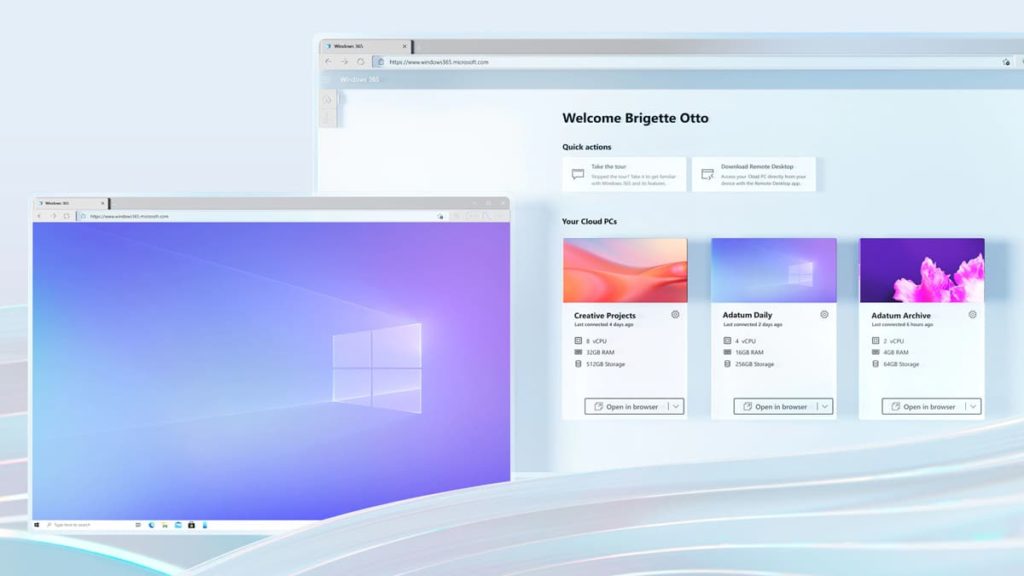 Microsoft has announced the general availability of its new cloud PC service, Windows 365.

Available beginning today for business and enterprise customers, Microsoft’s Windows 365 service works by streaming the full Windows 10 (and Windows 11, when it becomes available) experience over the cloud, allowing users to access the operating system on just about any device that can run a web browser.

Some of the major benefits that have been advertised with Windows 365 include the ability to boot into the OS instantly, consistent workspaces that let users easily pick up from where they left off, as well as full support for popular business apps such as Microsoft 365. Microsoft has also talked up Windows 365’s enhanced security, which is made possible by the sophisticated security technologies leveraged by the company’s cloud.

So, maybe I don't understand this properly, but what do you stream it to?

I mean, you still need some sort of local hardware, right?

Are they going to be selling some sort of thin client to go along with the service?

Also, LOL at that pricing.

I know, compared to the cost of buying a laptop, licensing windows, etc, it may not be bad, but still, totally not worth it if you ask me.

Sounds like MS's take on VMware's VDI/Horizon.... virtual desktops you remote to.


Zarathustra said:
So, maybe I don't understand this properly, but what do you stream it to?
Click to expand...

Yeah enough of an OS to use a browser for the HTML client.

Zarathustra said:
So, maybe I don't understand this properly, but what do you stream it to?
Click to expand...

Don't you people have phones ?!!

Wow! This is definitely cool news, but I don't understand a couple of points. First, what will be the price of this and how will it be implemented? Will it be in the form of a monthly subscription or a one-time purchase? I think it would be more convenient if it was a one-time purchase. I am also tormented by the question: is this a new product that Microsoft has developed or is it an old product at a new price? It's not clear at all, because I still don't understand why I should give money. I read an article, here it is https://wxora.com/crm-cloud-vs-on-premise/ and I realized that there are services that are much safer and more convenient than cloud file storage. In general, I will still study and if it is as cool as they write, then I will try it.
Last edited: Aug 27, 2021
You must log in or register to reply here.
Share:
Facebook Twitter Reddit WhatsApp Email Share Link
Become a Patron!
Top