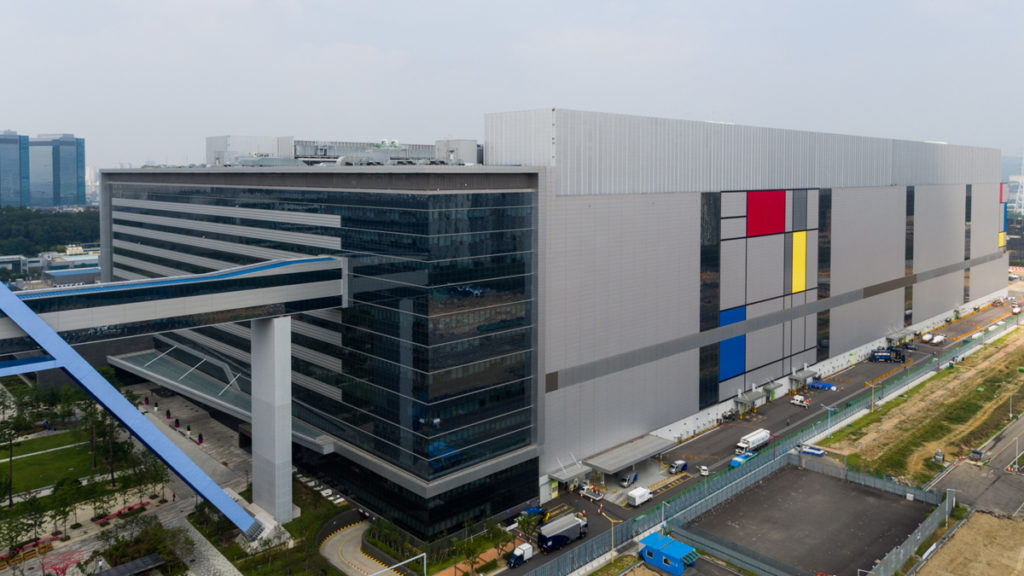 Samsung has decided that it will be building a $17 billion chip plant in Taylor, Texas. The new fab was originally meant to be an expansion for one already located in Austin, but Taylor outbid it as the new home for the 5-nanometer EUV foundry. The project is code named the “Star Project.”

Taylor lured Samsung into the deal with tax breaks spanning three decades, 92.5 percent for the first decade, followed by 90 percent and 85 percent for the second and third. The freeze in Texas that caused another Samsung plant near Austin to shut down after a power outage and cost the company about $350 million also factored into the decision. Despite increased costs for water, electricity, and infrastructure, this new plant would be able to operate in more stable...
Click to expand...

Good move Taylor Texas. Austin prices are too high even for Samsung. And the local tax break will be nice coupled with the zero income tax of Texas it will be a target for many more expansions I bet. I'm glad to see this and hope the new production helps.

I kind of wish it would stop. We've had far too many liberals come into the state.

Dan_D said:
I kind of wish it would stop. We've had far too many liberals come into the state.
Click to expand...

I thought it was against the law to be liberal in Texas?

Auer said:
I thought it was against the law to be liberal in Texas?
Click to expand...

Sadly, it isn't. The major cities save for Fort Worth are all pretty much liberal strongholds now. The vast majority of the state is still conservative, but San Antonio, Houston, Dallas and Austin are all liberal ****holes now. A year or so ago Dallas city council decided they weren't going to prosecute thefts under $500 anymore and crap like that. Of course crime went up. It also spent the police and fire pension fund. When questioned about their plan to replenish / replace the funds they simply decided that police and fire no longer needed pensions and got rid of them outright.

Over the last 20 years we've had a ludicrous influx of liberals from other states looking to escape their ****hole states. Unfortunately, these morons bring their politics and voting habits here. In a few decades, Texas will be as bad as California. At some point, I may have to move to the midwest or something. Companies fleeing liberal states have brought jobs, but they also bring workers from those states with them.

Auer said:
I thought it was against the law to be liberal in Texas?
Click to expand...

There are only a few types of conservatives in Texas.
1. The uninformed... normally rural.
2. The 'Gun Nuts' group that believes for any reason right or wrong that the 'liberals' want to take 'x' away from them or force some 'commie' practice on them... like universal health care.
3. The willfully misinformed that only consider their side and what they have been told in an echo chamber. (please note that the same here applies to many Liberals as well.)
4. The well off or Rich or 'dreamers' that believe that with enough hard work and dedication and ONE good idea they too will be in the upper tax brackets and targeted for additional taxes that the 'Liberals' want to foist upon their future or current income. (Please note in my opinion this group is woefully bad at math.)
(EDIT TO ADD)
5. Also see Anti-Vaxxers, Pro-Lifers, flat earthers (to be fair living in Texas... I get it.)

The above is meant in satire and humor and not to be offensive to any one group.
Last edited: Sep 8, 2021

Dan_D said:
A year or so ago Dallas city council decided they weren't going to prosecute thefts under $500 anymore and crap like that. Of course crime went up. It also spent the police and fire pension fund. When questioned about their plan to replenish / replace the funds they simply decided that police and fire no longer needed pensions and got rid of them outright.
Click to expand...


Dan_D said:
In a few decades, Texas will be as bad as California.
Click to expand...

I was born in Texas. I don't like hearing that. California is one of the states that pisses me off the most.

I don't even know if this is still policy but yea it is real.. though the numbers are a bit different. here is a quote on it.

"But part of his plan included a decision not to prosecute thefts of personal items under $750 that are stolen out of necessity. Immediately, Creuzot came under fire from state officials and police leaders who said the policy was irresponsible and would encourage criminal activity.

Creuzot said he didn’t arbitrarily pick that $750 threshold — that’s the value of stolen items that state law dictates will result in people being charged with no more than a Class B misdemeanor."

My personal thought on this is... if you're stealing near 700 dollars worth of stuff to SURVIVE... that's a LOT to be stealing. I don't know that I could find a necessity for that.

Unless I'm stealing at one of the over priced hipster places but even then I'd never make it out if I was that desperate because I wouldn't fit the look of the shoppers.

I don't know maybe I could blend in with a bunch of dirty non showering hipsters now that I think about it.