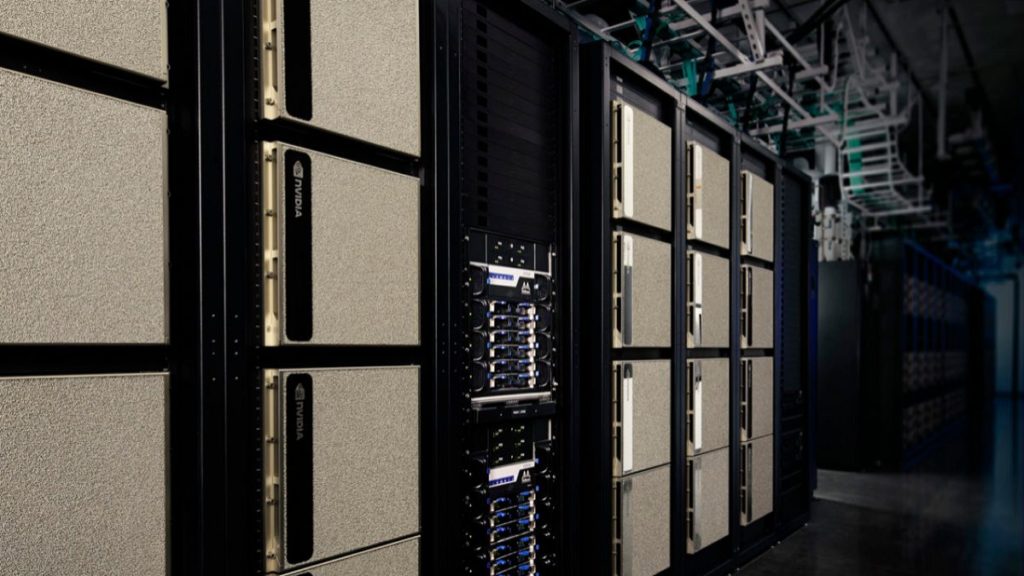 NVIDIA surprised more than a few people by breaking a sales record in the data center server market. Late Thursday their stock shares saw a significant spike after a new report showed unprecedented gains for team green. MarketWatch reported on the herculean rise of NVIDIA’s green monster as it exceeded projections. Originally thought to have around $825.8 million in sales they breezed by that milestone to a shocking $968 million. This was surprising, as according to MarketWatch, they have never exceeded $800 million before. Chief Executive Jensen Huang attributed this primarily to AI.

This gain is all the more...
Click to expand...

A couple of thoughts here.
1. Did Nvidia spin off it's cloud gaming service to a different company on the books? If so I'm sure all of those parts in and the server infrastructure were actualized on the books for Nvidia parent while the subsidiary payed out and is just now looking to make an income.
2. Nvidia right now is in a sweet spot of double dipping. They get the cloud and private cloud server farm business, and the workstation/end user card business. In the future as the markets solidify they will see reductions in one market as the other deminishes. I don't think it will be a huge impact... if they keep the market share.
3. The third is AMD and Intel. If Intel's enterprise cloud cards are good enough it could be a damper on Nvidia, same thing with AMD. Plus for the first time in years AMD seems to be poised to go after the high end consumer and potentially workstation market. One could argue the vega VII went after workstation but ultimately failed.

I think Nvidia as a whole is still in a safe spot but they are not risk free. IF their competitors can execute and exceed performance in a market then they will start to suffer. I don't know of anyone who is seriously thinking that AMD will have workstation cards that out perform Nvidia's.

Grimlakin said:
I think Nvidia as a whole is still in a safe spot but they are not risk free. IF their competitors can execute and exceed performance
Click to expand...

I agree with this. At the moment their effors in AI seem to be the controlling factor. Time will tell if AMD or Intel ups the game there. Based on the number of super-computing stories I've come across in the last year I'd put money on AMD for that.
You must log in or register to reply here.
Share:
Facebook Twitter Reddit WhatsApp Email Link
Become a Patron!
Top